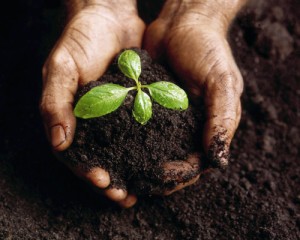 “While you enjoy some great wisdom as a result of your relationship with God, I often feel that you take a position of authority in our relationship and advise and instruct rather than simply listen.”

The truth can hurt.  That’s an understatement; the truth can hurt A LOT.  The above words were spoken to me recently by a close and trusted friend who said them from a place of love.  Upon reading what she said in that email, I went looking through other email correspondence with not only her, but other friends as well to see if what she described was true.  To my great dismay, I found that not only was she right, but strikingly right – the phenomena she described I did with great frequency.  While it hurt a great deal to receive what she said, it was a good hurt, a needed hurt – like when a surgeon’s scalpel starts to scrape away cancerous tissue.  As Proverbs 27:6 says “The wounds of a friend can be trusted.”  Accordingly, I thanked my friend for her incredibly helpful feedback and apologized to her.

I found that the pain I was experiencing emanated from two sources.  The first was that of wounded pride in discovering that my self perception was so far off.  What was spoken was like a stone of truth that crashed through the stained glass window of my distorted perception of reality.  With the shards of glass lying on the floor, the way was now clear for light to come in – unfiltered and pure.

The second source of pain came from discovering that something I had been doing, that I thought was helpful, was in fact decidedly unhelpful and actually unloving.  Since my highest goal on this planet is to love others, to learn that I had been treating people in such an unloving way grieved me.  It grieved me a great deal.

As I continued to chew on my friend’s feedback and let the Holy Spirit do his work, I realized that at the core of what she described was something so simple yet so profound: a failure to listen.  See it’s not that advice and counsel can’t be helpful, but rather, it depends on what the person actually needs in the moment.  Does this person need advice or counsel?  Did they ask for it?  Do they just need to be listened to and understood?  Do they just need encouragement?  All of these distinctions can often be picked up if the receiver listens, really listens to what the other person is saying.

As I ruminated further on the value of listening, I was reminded of something God taught me years ago.  One day, when I went to work, I was very excited to share a story with a coworker who was a good friend.  While in the bathroom excitedly thinking through what I was going to say, I found my thoughts interrupted by God:

“Don’t do that.” God said in a gentle yet matter-of-fact tone.

“Don’t do what?” I inquired, surprised to have my train of thought interrupted.

“Don’t share your story with your friend.  I want you to still go to talk to her, but instead just ask questions and listen.”

“Why do you want me to do that?” I inquired yet again, still not quite following God’s train of thought.

“Because listening is humility.”

So after I left the bathroom, I went to my friend, asked her questions, and just listened.  As it turned out, she was going through some difficult things at the time and shared with me about them.  We ended up talking for almost 30 minutes and at the end of our talk I asked if I could pray for her and she gladly accepted.  While walking back to my cube after the experience, I found myself incredibly thankful that I did not get to share my story with my friend as I instead got to do something far more beautiful: give her the gift of listening.

In remembering this powerful truth, I realized that listening is like soil opening itself up to receive rain.  It doesn’t matter how dense that soil is in nutrients, if it does not receive rain, it will become dry, parched and eventually choke out any vegetation that is trying to grow in it.  Advice and counsel can be key nutrients to give someone, but without receiving the vital water of feedback that comes through listening, they too can choke out relationships in the soil of one’s life.  In addition, how befitting that the word humility is derived from the Latin word humus which means “soil or earth”.

Several days later, I found myself being drawn into 1 Peter 5 around something totally unrelated to to this.  To get better context for the verse I was interested in, I decided to read the whole chapter.  At the beginning of the chapter, Peter is talking to the “Elders of the Flock”.  In verse 3, Peter says “not domineering over those in your charge, but being examples to the flock.”  This really struck me because I lead a small group through my church and I realized that I’m sure I had done the same unloving thing to them that I had done to my friend.  As I continued thinking on the verse, what I hear Peter saying is that even when in a position of authority/leadership, you don’t use that position to push your ideas/counsel/advice on others.  Rather, you model the things you want to see in others.

Later in the chapter, Peter says “you who are younger, be subject to the elders.”  When I read this, the first thought that came to mind is that the way to be subject to someone is by listening to them.  I also realized that everyone is my elder in some way.  Everyone has areas of their life that they simply know more than me and have greater wisdom.  A teenager is my elder around the subject of pop culture because I’m sure they know far more than me about that. This then means that there is valuing in listening to any person. Peter then says “All of you, clothe yourselves with humility towards one another for “God opposes the proud but gives grace to the humble.””  How interesting that Peter connects being subject to elders (or listening) with the idea being humble.  I knew then what I needed to do.  I needed to go to my small group and model humility by telling them my fault, apologizing to them, and asking for their feedback as that is putting myself in a position to listen.

So I did.  They were all incredibly gracious to me in that and much like how God has grace for the humble, they had much grace for me as well.  They also gave me lots of feedback, most of which was extremely encouraging.  And I – I just listened.