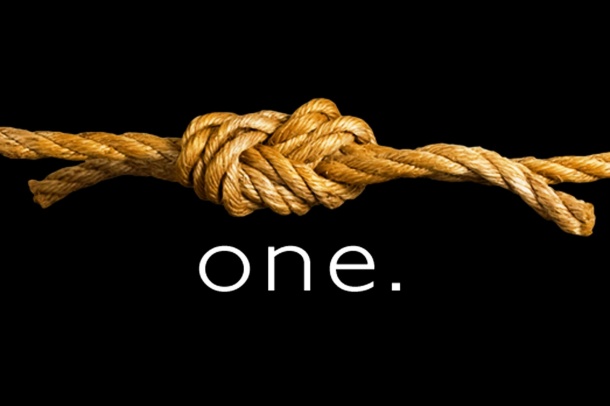 This election, perhaps more than any election in recent years, has drawn to the surface unparalleled levels of divisiveness.  Social media are often merely containers for vitriol as it is commonplace to see statements like “If you vote for ______ then you’re (insert your favorite derisive adjectives)”.  Even among my brothers and sisters in Christ, I so frequently see this kind of language echoed or espoused.

Among people of faith, I see vastly diverse views and ideas on how to run the country, the role of government, tax policy, immigration, international relations, the military, etc so forth.  In fact, finding two people of faith who have the same perspective on every point of policy seems virtually impossible.

Interestingly enough, I find myself reminded of another group of believers who had some very different ideas about politics – the twelve disciples of Jesus.

Most of the disciples were first century Jewish fisherman.  Being a first century fisherman wasn’t exactly the most lucrative profession, thus placing them near the bottom of the socio-economic strata.

In addition to being poor, these men were also subject to the extraordinarily oppressive Roman government.  For a Jew, this was a thing of incredible disdain, with both political and religious implications.  The roman Caesar would often refer to himself as the “Son of God”, a title that would be outright blasphemous to a Jew as they worshiped one God, the God of Abraham, Isaac, and Jacob.

Additionally, being under the heel of Rome would also include all the typical things that come when one group of people subjugates another – murder, abuse, violence, rape, and a host of other injustices.

As if that wasn’t enough, there were also the taxes.  In addition to the taxes they would pay to the Jewish Temple, they would also have to pay taxes to Rome.  The men who would collected these taxes for Rome were notorious for being greedy and swindlers.  For example, if a person owed 500 dollars of tax to the Roman government, the tax collector might say that the person owed 1000 dollars of tax instead and then pocket the difference after paying the 500 dollars owed to Rome.  Since they couldn’t exactly look the IRS up in the White Pages and give them a phone call, there was no way for a Jew to verify what his or her actual tax owed to Rome was.  Even if somehow that could be ascertained and a discrepancy found, the governing authority they would report that to is the very one that perpetuated the injustice in the first place: Rome. It’s no wonder that in the Bible tax collectors weren’t lumped together with general sinners, but instead were mentioned specifically by title as their own category of evil  (see Matthew 9:10 for an example).

Given this context, think about how wild it is that Jesus brings in Matthew, the tax collector, to be one of the 12 disciples.  Since Matthew was a Jew, he would effectively be viewed as a traitor by the other disciples, as part of the system that is oppressing the Jews and paying homage to this pagan God called Caesar.

Imagine the stares he must have gotten from the other disciples; the whispers that must have gone around in his presence.

As if this wasn’t enough of a cauldron of tension to have, Jesus recruits another interesting character as a disciple, Simon the Zealot.  The Zealots were fanatical Jewish nationalist renowned for their radical actions.  They believed that killing the oppressors of Israel (in this case Romans) was completely justified, if not mandated.

Given this, it’s an absolute wonder that Simon the Zealot didn’t knife Matthew in the back at some point.

Yet amidst this group of people, with such radically different socio-economic statuses, views about politics, government, and how to run a country, Jesus says something utterly mind-blowing in John 17:11 when he prays for his disciples:

I will remain in the world no longer, but they are still in the world, and I am coming to you. Holy Father, protect them by the power of your name, the name you gave me, so that they may be one as we are one.

Wait, what?  Hold your horses there Jesus, you expect that group of people to be one?   How on earth is that possible?

Perhaps it’s because Jesus knows that unity does not require uniformity.  That having differing opinions about politics is completely okay, they’re all still part of the kingdom (also notice in the Gospels that Jesus never affirms any one political way as the “right” way) .  That their central mission of sharing God’s love is perhaps even best displayed by people who love each other despite such gargantuan differences.

Then, to further drive home the point, Jesus passes this same mandate on to us when he prays for all believers in John 17:20-23:

“My prayer is not for them alone. I pray also for those who will believe in me through their message, that all of them may be one, Father, just as you are in me and I am in you. May they also be in us so that the world may believe that you have sent me. I have given them the glory that you gave me, that they may be one as we are one—I in them and you in me—so that they may be brought to complete unity. Then the world will know that you sent me and have loved them even as you have loved me.

He sure did, and yet, Jesus still believes that we can be one and through that oneness, put God on display to the world in such a powerful and beautiful way.

My brothers and sisters in Christ, may we be reminded that despite its over 400 year rule and impressive dominion, the Roman Empire is now but ashes and dust.  Yet the way of Jesus, the kingdom he established, is still alive and well.  Someday, the winners of this election and all their policies and governmental change will be but ashes and dust as well.  Yet may we remember that the way of Jesus, the way of others-centered love will still be alive and well in that day too.  May we be a people that display that love, that show the world that unity does not require uniformity, that despite our incredible differences, we, followers of Jesus, are one.